Changes inside the data center are driving networks and network services towards becoming more flexible, virtualization aware and API driven. One major trend that is affecting the future of networking is software-defined networking ( SDN ). The software defined architecture aims to extract the entire network into a single switch.

SDN is an evolving technology and is defined by the Open Networking Foundation ( ONF ) as:

Software Defined Networking is the physical separation of the network control plane from the forwarding plane, and where a control plane controls several devices.

The main driving body behind SDN is the Open Networking Foundation ( ONF ). Introduced in 2008, the ONF is a non-profit organisation, which wants to provide an alternative to proprietary solutions that limit flexibility and create vendor lock-in. The insertion of the ONF allowed its members to run proof of concepts on heterogeneous networking devices without requiring vendors to expose the internal code of their software. This is creating a path for an open source approach to networking and policy based controllers.

Regardless of the hype and benefits of SDN, neither OpenFlow or other SDN technologies address the real problems of the lack of a session layer in TCP/IP protocol stack. The problem is that the clients application ( Layer 7 ) connects to the IP address ( Layer 3 ) of the server and if you want to have persistent sessions, the servers IP address must remain reachable. This sessions persistence and the ability to connect to multiple Layer 3 addresses to reach the same device is the job of the OSI session layer. The session layer provides the services for opening, closing and managing a session between end-user applications. It allows information from different sources to be properly combined and synchronized. The problem is the TCP/IP reference module does not consider a session layer and there is none in the TCP/IP protocol stack. SDN does not solve this, it just gives you different tools to implement today’s kludges. 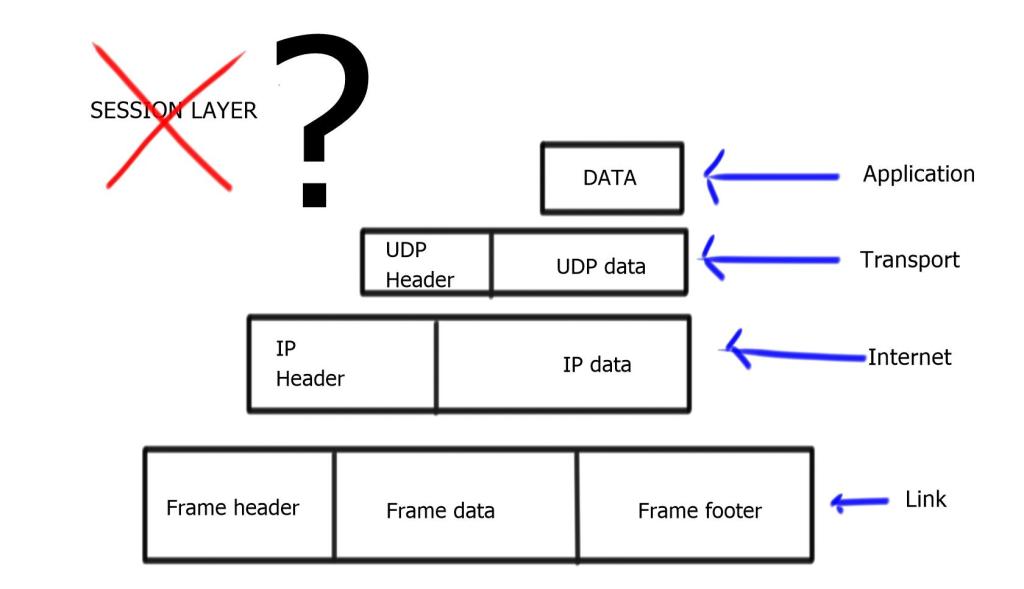 Traditional networking devices have a control and forwarding plane, depicted in the diagram below. The control plane is responsible for setting up the necessary protocols and controls so the data plane can forward packets, resulting in end-to-end connectivity. These roles are shared on a single device, the fast packet forwarding ( data path ) and the high-level routing decisions ( control path ) occur on the same device. 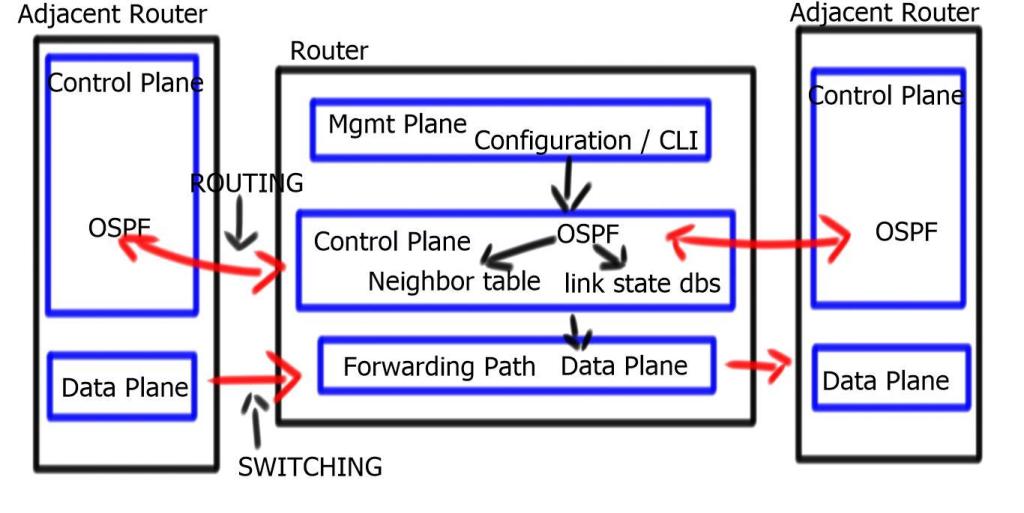 In routing, the control plane is part of the router architecture that is responsible for drawing the network map. When we mention control planes, you usually just think about routing protocols, such as OSPF or BGP. But in reality the control plane protocols perform numerous other functions including:

In routing, the data path is part of the routing architecture that decides what to do when a packet is received on its inbound interface. It is primarily focused on forwarding packets but also includes the following functions:

The controller maintains a view of the entire network and communicates, with Openflow  ( or in some cases BGP ) with the different types of OpenFlow enabled network boxes. The data path portion still resides on the switch, while the high-level decisions are moved to a separate controller. The data path presents a clean flow table abstraction and each flow table entry contains a set of packet fields to match resulting in certain actions ( drop, redirect, send-out-port ). When a OpenFlow switch receives a packet it has never seen before and it doesn’t have a matching flow entry, it sends the packet to the control for processing. The controller then decides what to do with the packet. 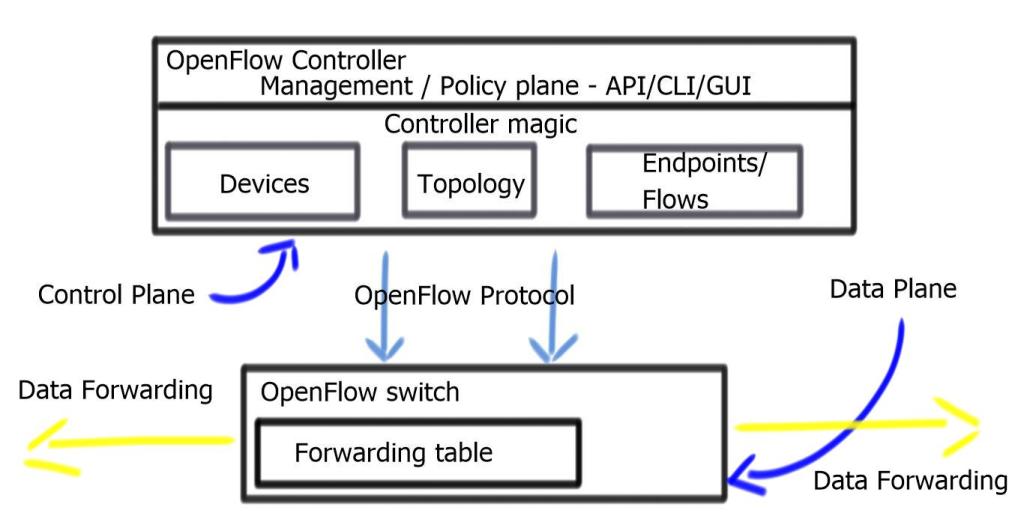 Applications could then be developed on top of this controller, which can perform functions such as security scrubbing, load balancing, traffic engineering or customised packet forwarding. The centralized view of the network simplifies problems that were harder to overcome with traditional control plane protocols.  A single controller could potentially manage all OpenFlow enabled switches. Instead of individually configuring each switch the controller can push down policies to multiple switches at the same time. A compelling example of many-to-one virtualization.

With SDN, the operator uses the centralized controller to choose the correct forwarding information on a per flow basis. This allows better load balancing and traffic separation on the data plane. There is no need to enforce traffic separation based on VLANs as the controller would have a set of policies and rules that would only allow traffic from one “VLAN” to be forwarded to other devices within that same “VLAN”.

With the advent of VXLAN which allows up to 16 million logical entities, the benefits of SDN should not be purely associate with overcoming VLAN scaling issues. VXLAN already does a good job with this.

It does makes sense to deploy a centralized control plane in smaller independent islands and in my view it should be at the edge of the network for the roles in security and policy enforcement’s. The ability to use Openflow on one or more isolated devices is easy to implement and scale. It also decreases impact with controller failure. If a controller fails and its sole job is to implement packet filters when a new user connects to the network, the only affecting element is that the new user cannot connect.  If the controller is responsible for core changes, you may have interesting results with a failure. New user not able to connect is bad but it is not as bad as loosing your entire fabric. 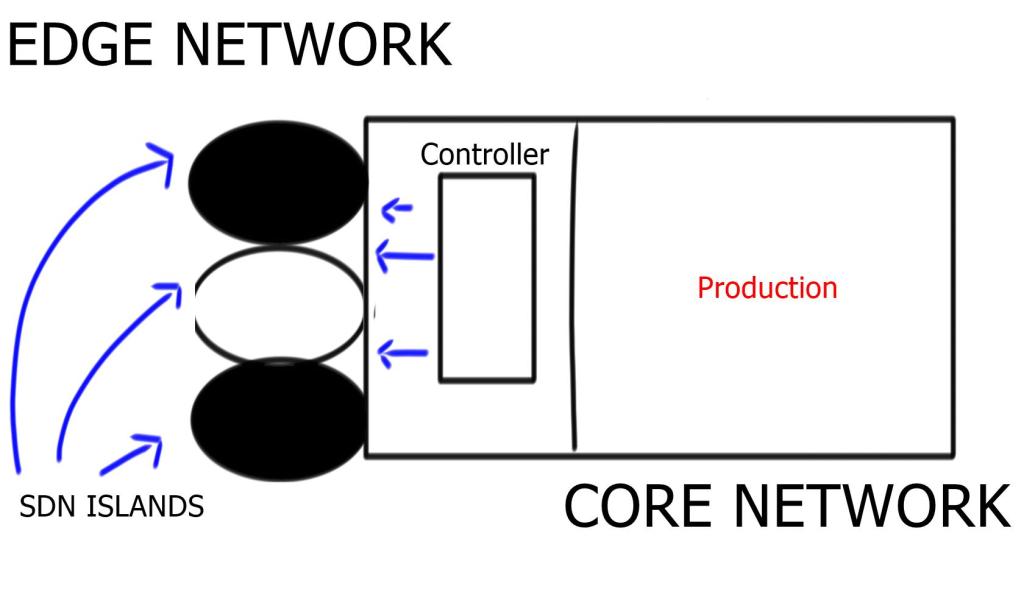 SDN islands at the Edge

A traditional networking device runs all the control and data plane functions. The control plane, which is usually implemented in central CPU or the supervisor module download the forwarding instructions into the data plane structures. Every vendor needs a communications protocols to bind the two planes together so that the forwarding instructions can be downloaded. You need a protocol between control and data plane elements in all distributed architects. The protocol used to bind this communication path for traditional vendor devices is not open-source and every vendor uses its own proprietary protocol (Cisco uses IPC – InterProcess Communication ). Openflow tries to define a standard protocol between the control plane and associated data plane.

When you think of Openflow, you should relate it to the communication protocol between the traditional supervisors and the linecards. OpenFlow is just a low-level tool. 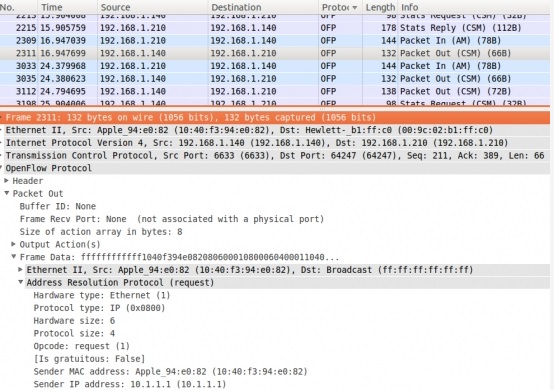 With Proactive, the controller can populate the flow tables ahead of time, similar to typical routing. By pre-defining all of your flows and actions ahead of time in the switches flow tables, the packet-in event never occurs. The result is all packets forwarded at line rate.

With Reactive, the network devices react to traffic, consults the OpenFlow controller and creates a rule in the flow table based on the instruction. The problem with this approach is that there can many CPU hits. 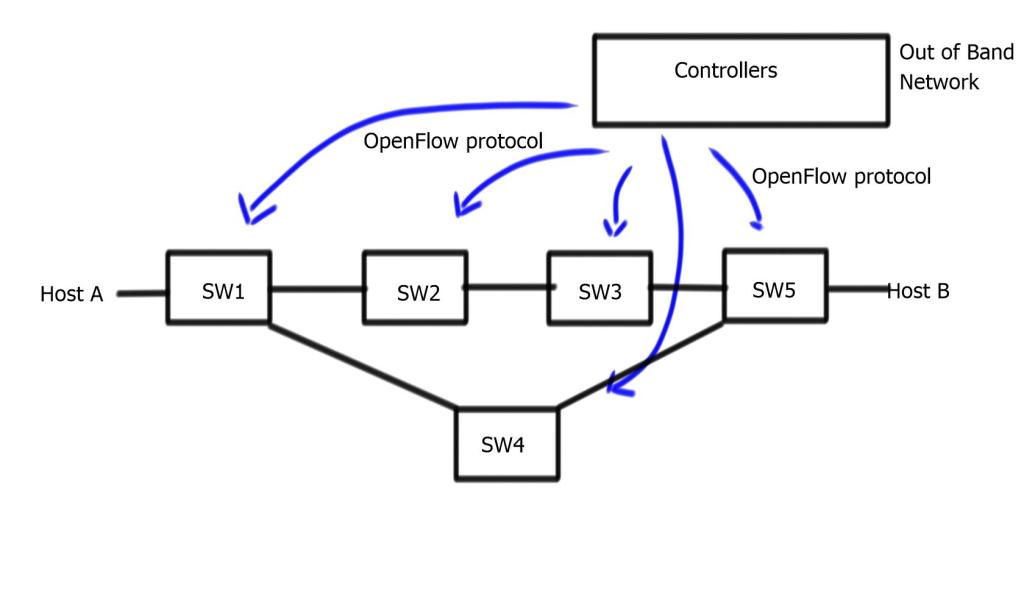 The following table outlines the key points for each type of flow setup:

The following table illustrates the keys point for the two types of forwarding methods used by OpenFlow; hop-by-hop forwarding and path-based forwarding:

The best way to tighten down security would be to encrypt switch-to-controller communications with SSL and self signed certificates to authenticate the switch and controller. You should also try to minimize the interaction with the data plane with the exceptions of ARP and MAC learning. If you want to prevent denial of services attacks on the controller you can use Control Plane Policing (  CoPP ) on Ingress so you don’t overload the switch and the controller. Currently, NEC are the only vendor implementing CoPP. 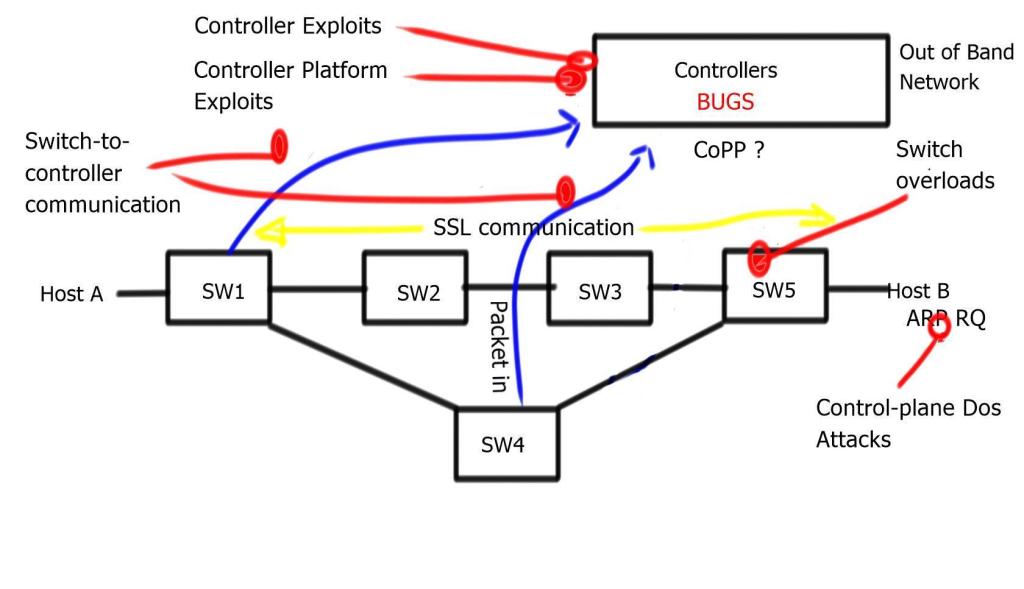 The move to an Software Defined Networking architecture has its clear advantages. Its agile and can react quickly to business needs, such as new product development. There are however circumstances where existing control plan architecture can meet company requirements. The following table displays the advantages and disadvantages of existing routing protocol control architecture.

** Basic EIGRP IETF originally proposed an Energy Aware Control Plane but this was later removed by the IETF.

**Remote-Triggerd Black Hole: RTBH refers to the installation of a host route to a bogus IP address ( RTBH address ) pointing to NULL interfaces on all routers. BGP is used to advertise the host routes to other BGP peers of the attacked hosts with the next hop pointing to the RTBH address.  Mostly automated in ISP environments.

There are 4 different models for OpenFlow deployment and the following sections lists the key points of each model.

Hybrid ( Ships in the night )